The world’s first monotheistic religion is believed to have originated in ancient Egypt during the reign of Akhenaten. The king decides to worship the Aten solar disc. So the Egyptians knew how to worship many gods, but Akhenaten, in the next five years of rule, decided to ban all gods, except Aten. That way, the oldest monotheistic religion appeared. However, he failed to stay strong, resulting in a disappearance after Pharaoh’s death.

While many believe that the oldest monotheistic religion and their worship of the Lord came from Israel, many scientists claim that it was not in fact the only God for the Jews. However, what is the basis of monotheism?

The IS the first monotheistic religion originated from ancient Egypt in the 13th century BC. It was Pharaoh Akhenaten who forbade all the gods known to the Egyptians in favor of the sun-disk god Aten. Scientists could not reveal evidence that Pharaoh existed until the 19th century. King Amenhotep IV was originally named, and there is no trace of him in any of the family portraits, so many believe that he was despised by his family. He later married the famous Queen Nefertiti.

With a step on the throne, Akhenaten decided to assign all sun gods to one person – Aten. Still, in the end, the Pharaoh decided to develop an exclusive monotheism and destroy the names of all the other Gods out of the lives of men. Furthermore, the Pharaoh strongly believed that the sun disk god was a direct descendant.

The reason was supported by Pharaoh’s decision to move the capital by claiming that the old capital had an excessive presence of ancient religions and gods. His strategy was to destroy the original priesthood and to completely abolish old temples of support. He claimed that all the gods in whom the Egyptians believed were worthless idols.

Akhenaten was eager to establish monotheism in his kingdom. However, Pharaoh’s obsession with building monotheism in his country created a falling economy. It is because the Ruler neglected the support of the local temples that played an important economic role for the community, something that did not surround the Akhenaten Aten cult.

Fortunately for the Egyptians, Akhenaten ruled for only 17 years and was unable to establish the first strong monotheistic religion. The new movement was not only popular within the Egyptians, but also beyond the borders of the kingdom. Neighboring countries were unhappy with the new king as allies claim Akhenaten lacked military and financial support.

Egypt’s lasting power and influence declined significantly during the king’s reign. With the death of the pharaoh, all the rules he devised were banned, so that local people were able to return to the old, traditional religious life that they had known for centuries.

Finally, the Akhenaten monotheistic religion was the first religion to emerge in the 13th century B.C. That was why Pharaoh Akhenaten ate with the idea of ​​being a true descendant of the solar disk god Aten. Although this culture was not supported by civilians and only survived for a decade, it is still the oldest monotheistic religion in the world. 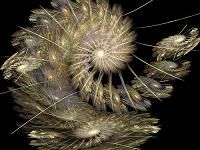 Entropy is a notion that comes from a Greek word that can be translated as “return” or “transformation” (used figuratively). In the 19th century Clausius coined the concept in the field of Physics to refer to a measure of the disorder that can be seen in the molecules of a gas. From then on this…

SOMEONE ASKED 👇 what is the affirmative tu command for buscar? HERE THE ANSWERS 👇 Please “search for” your answer in the Spanish section. Okay, meanwhile: Imperative: tú busca él/usted busque nosotros busquemos vosotros buscad ellos/ustedes busquen Added: This just demonstrates that someone will give me a Thumb Down for anything I answer. Learn The…