Regression is a notion that refers to act of going back or going back. With origin in the Latin word regressio, the term has various uses according to the context.

According to psychology, regression is a regress to a previous stage or level of development. It is a defense mechanism that arises when there is a conflict that the subject cannot resolve.

The psychoanalysis often refers to regression as a return to a stage that had already been overcome. In this sense, it often implies adopting again modes of behavior, relationships and ways of thinking that are inferior in terms of their structure and complexity.

To understand what regression consists of, it is necessary to take psychic processes as phenomena that have a trajectory. Regression assumes that, from a certain point, one returns in the opposite direction to another stage that had been left behind.

Let’s think of a analogy material: if an individual is safe in a cave but when he leaves he notices a danger that he thinks he cannot cope with, he is likely to go back into it. While this may respond to our survival instinct, it also condemns us to a state from which we cannot evolve mentally and emotionally. The figure of the hero is characterized by his reckless nature, and in a case like this he would face danger despite not having much chance of defeating it.

According to the research work of Sigmund Freud, the regression takes place against impulses or thoughts that the individual cannot adapt to accept. Furthermore, this defense mechanism can be both transitory and chronic. Freud also pointed out that during psychosexual development people can become psychologically trapped in some of the stages, to the point of not being able to continue advancing. This phenomenon is called fixation.

The intensity of the fixation defined by Freud is directly and proportionally related to the risk of responding with a regression to psychosocial stress. Although in its origins the appearance of this mechanism in adulthood was associated with neurosis, at present it is considered something that can be positive in certain difficult stages, with potential benefits for creativity and problem solving. 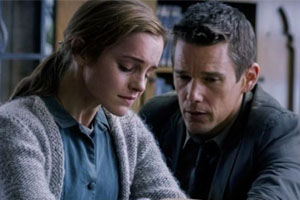 At this point it is necessary to remember that it is a subject with more than one point of view and with theories that still continue to evolve today. According to the celebrated psychoanalyst Michael Balint, for example, there are two kinds of regression: benign (in childhood and in artistic development) and malignant (associated with the Oedipus complex).

The parapsychology, meanwhile, speaks of regression to name images that may appear in the mind of an individual about a past assumption that he would have lived in a different existence. To achieve regression, various resources are used that alter consciousness, such as hypnosis.

This pseudoscience holds that the human being is in a position to recall past lives. With regression, thus, each subject could know who he was hundreds or thousands of years ago and, in this way, resolve current disorders or trauma. It is important to note that these statements are not endorsed by the scientific community since there is no empirical evidence to demonstrate their validity.

Similarly, there are many people who claim to be able to use regression to find out their lives past, and thanks to this they set up businesses of different kinds that give them a lot of money but also question their reputation and veracity for mixing a supposedly so deep question with materialism. As with astrologers and seers, never in history has a proof of their powers been videotaped.