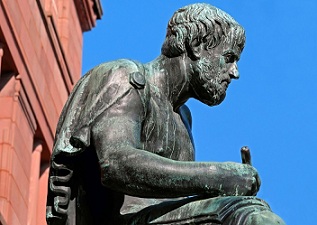 The Greek word enthýmēma came to Latin as enthymēma. That is the immediate etymological antecedent of enthymema, a term that is used in the field of philosophy.

An enthymeme is a abbreviated syllogism: it has only two propositions given that the third premise is understood. In this way the enthymema only presents a antecedent premise and his consequent premise.

It is important to mention that syllogisms are arguments with three propositions, the last being necessarily deduced from the two preceding ones. That is why it is said that the enthymema is a syllogism abbreviated or truncated, since it presents one less proposition than the rest of the syllogisms.

Let’s see a example: “Wolves are canids, therefore they are mammals”. As you can see, there are two premises, with which we are facing an enthymeme. The omitted proposition would be “All canids are mammals”, the major premise. The enthymeme in question, then, is of first order.

Let’s analyze another case: “All Catholics are believers, therefore John is a believer”. This is an enthymeme of Second order because it lacks the minor premise (“Juan is Catholic”). This proposition follows from the enthymeme itself (if “All Catholics are believers” and, “Therefore, John is a believer”, it can be inferred that “Juan is Catholic”).