We have all realized sightseeing at some point in our life. We know that activity is associated with leisure, rest and the discovery of new places, among other issues. But what exactly is tourism?

Tourism can be defined as the set of actions that a person carries out while travel and spend the night in a place other than your habitual residence, for a consecutive period that is less than one year.

For instance: “When I retire, I will dedicate myself to touring Europe”, “In this town, most of the people make their living from tourism”, “The mayor expressed his desire to promote tourism to generate wealth”.

The history of tourism is extensive. Its origins can be traced back to Ancient Greece, when thousands of people traveled to attend the Olympics every four years. Understood as a commercial activity, tourism is born from the hand of English Thomas cook, who organized the first tourist trip in history in 1841 and founded, a decade later, the first travel agency: Thomas Cook and Son.

Today tourism is one of the most important industries worldwide and promotes trips of all kinds: with rest ends, cultural reasons, social interest, business or just leisure.

Despite the fact that tourist activity comes from ancient times, it was only defined a few years ago as an independent economic activity and given that it encompasses a wide variety of economic sectors and academic disciplines, finding an absolute definition of the term is somewhat difficult. It can be seen in one way or another according to the aspect or the activity from which you want to define it.

In the economic sector they could define tourism to start from consumption, while a psychologist would perform an analysis based on of behaviors tourist For his part, a geographer would offer a definition whose main element would be the territory, its properties and other issues that touch your work area.

Here are some academic definitions that have been made about tourism:

Burkart and Medlik offer a description of the concept that sees it as those short and temporary trips that people make outside of the place where they live or work and doing different activities than the usual ones.

Mathieson and WallFor their part, they explain that this is the name given to the temporary movement of people to places far from their residence and for periods of less than one year.

According to the World Tourism Organization (UNWTO), it consists of those activities that people carry out while they are traveling in environments where it is not usual for them to find themselves, whose purposes are leisure, business or others and last for periods of less than a year. 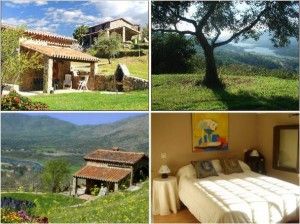 It is possible to distinguish between different types of tourism according to the tastes of the travelers and the activities that can be carried out during the stay.

The shopping tourism It is characterized by being organized in order to visit the shopping centers and spaces where the traveler can consume while shopping.

The cultural tourism It is focused on visits to museums, exhibitions, and other places typical of the place where the traveler can learn more about the history and cultural life of the place they visit.

The term rural tourism It refers to any tourist activity that is in a rural environment, near natural and coastal areas and that allow activities related to the work of the rural sector. It is a type of tourism opposite to the mass tourism, which is common in coastal cities, and requires an endogenous environment supported by a human and environmental environment. It is a tourism respectful with the environment, which tries to join the rest of the tourist activities taking advantage of local resources.

The formative tourism Its objective is to offer the traveler knowledge about a certain subject, the objective of his trip.

The gastronomic tourism Its objective is that travelers get to know the local foods of the place and carry out tastings and activities related to cooking.

The agritourism It consists of activities in rural areas where tourists stay and can participate in the activities of the place, collaborating in the restoration of farms or farmhouses.

The ecotourism It is the one that is carried out in means of natural protection. The residents of the place who receive the tourists and present the space to them usually participate in this activity. In ecotourism, the preservation of nature has priority.

The Adventure trip It consists of a series of activities that are carried out in a rural environment and whose objective is to offer sensations of discovery, to test the limits of survival of tourists. It takes place in spaces that have been sparsely exploited at the tourist level.