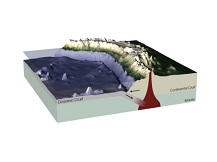 The Latin word fodĕre, which can be translated as “dig”, became fossa, which came to our language as pit. This is what a cavity or excavation is called. Oceanic, for its part, is that linked to ocean (the sea that separates the continents and that covers a large part of the surface of our planet).

The idea of Oceanic trench, in this framework, alludes to a depression of underwater background that is next to the continent or near the coasts of islands of volcanic origin. These sinkholes can have a depth of more than ten kilometers and present waters with temperatures between 0 ° C and 2 ° C.

The Pacific Ocean has the largest number of ocean trenches and those with the largest depth. Until now, the Mariana Trench it is the deepest oceanic trench known. It is located southeast of the mariana islands, in the Northwest Pacific.

The deepest area of ​​the Mariana Trench is known as Challenger Abyss. Throughout the story several expeditions were made to explore this place: in 2012, the filmmaker James Cameron reached more than 10 898 meters deep in the submersible Deepsea challenger.

Ocean trenches are generated when two tectonic plates meet and collide, causing the denser one to slide under the other. East phenomenon, known as subduction, causes the subsidence of the underwater floor: that is, it originates the oceanic trench.

The concept of subduction is found within the framework of Tectonic plates, a theory of geology that serves to explain the way in which the lithosphere is structured, that is, the rigid layer that covers the surface of our planet. This process in which an oceanic zone of one plate sinks below the limit of another, takes place in a large number of subduction zones.

At present, almost all subduction zones are in the so-called Pacific ring of fireAlthough it is also possible to find others in some regions of the Antilles, the Indonesian coast of Indonesia and the Mediterranean Sea. It is precisely in these areas that the oceanic trenches are formed, where the convergence and the collision of two lithomeric plates. 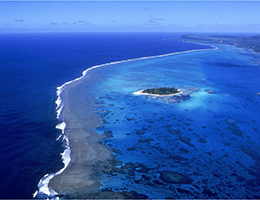 If we take the case of the Peru-Chile trench, also known by the name of Atacama Trench, we are facing a clear example of the consequence of a collision between two plates: the oceanic of Nazca (a city located in southern Peru) and the continental of South America.

In the subduction zones where the ocean trenches are found there is also considerable seismic activity. intensity, which is caused by three phenomena carried out by the two plates: friction, compression and tension. All of this often starts the tsunamis and earthquakes in Indonesia and Japan, for example.

When the subducted plate reaches the asthenosphere (the upper part of the mantle that is under the lithosphere) melts and in this state rises to give rise to a volcano. According to the characteristics of each plate, it is possible that the activity gives rise to island arches (a type of archipelago) or that a Mountain range, as are the cases of the Sunda Islands and the Mariana Trench, respectively.

The tonga trench, the japan fossa, the Kuril Trench, the fossa from Philippines and the Kermadec fossa they are other ocean trenches more than ten kilometers deep. It should be noted that, despite being so deep, in these graves live various species.