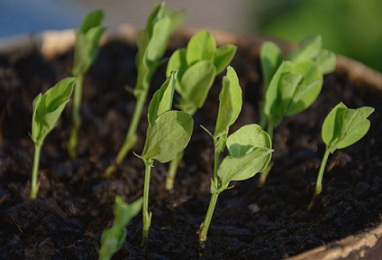 Is called nastia to the movement that performs a plant when you receive a diffuse stimulus. This passing response, which leads the specimen to move certain organs, may be due to its own growth or to an influence that comes from outside.

The address of the stimulus caused by the nastia does not affect the resulting movement. That is why it is said that these stimuli are not directional. The nastia, in this framework, is a active reaction that is not oriented by the sense of stimulation.

The branches, the petals of flowers and sheets are some of the organs that move due to nastia. It is important not to confuse between nastia, which is temporary, and tropism, which is a continuous response.

With the nastia, therefore, the action lasts for a few minutes or hours. On the contrary, tropism makes the plant maintain the answer. The gravitropism, to mention one case, causes the stems to always grow upwards to come to the surface and the roots, downwards from the ground.

There are several kinds of nastia. The hydronasty (linked to environmental humidity), the thermonasty (produced by temperature changes), the photonastia (generated by light), the nictinastia (an answer to the time of day) and the sismonastia (caused by a jolt or blow) are some types of nastia that can cause a flower closes or opens, for example.

Hydronastia occurs when the sporangia of ferns open. The sporangia are structures from vegetables, algae and fungi that generate and store spores. In addition to ferns, we can find them in gymnosperms and angiosperms, among other types of plants.

Regarding thermonastia, we can say that, for example, it takes place when the petals of some flowers (such as tulip and crocus) close or open, depending on how the petal decreases or increases. temperature of the environment, respectively. This mechanism occurs because in the perianths (the structure that surrounds the sexual organs, although it is not directly involved in the reproduction of the flower) the temperature of its upper part increases at a higher rate than that of its lower part. 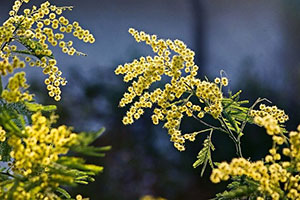 We have also mentioned photonastia, a response that disappears as soon as the light stimulus stops acting. In other words, since the nastia is temporary, the specimen returns to the condition it was in before being subjected to the light source. There are many species of flowers that open as the amount of light increases in the morning and then close throughout the evening.

We can add that the stimuli that cause it can be electrical or mechanical, although in any case they lead to a movement of the parts of the plant. Scientists have observed this phenomenon in various plants, such as the mimosas, a broad genus of species (about seven hundred) that originate in both hemispheres, both in the zones tropical as well as subtropical.

Nictinastia is especially interesting, since the stimulus that the plant receives is the day and night cycle, to which it responds by altering the position of its leaves. It is important to note that this type of nastia is also related to light. Throughout the day, the leaves are kept spread out, while at night they are folded in order to conserve heat.

Nastia, on the other hand, is the Nickname of Anastasia Liukin. This American gymnast, born in Russia, is an Olympic medalist. The Ukrainian DJ Anastasia Topolskaya, referent of house, also known as Nastia.