The geotechnics or geotechnical consists of resorting to the precepts of the engineering for the development of public works according to the qualities of the materials found in the planet’s crust. It can be considered as a branch of the geology Or the civil Engineering.

Through geotechnics, the materials that make up the earth’s crust for the proper design and execution of construction works civil Engineering. The construction of dams, roads (routes), bridges and pipelines, to name a few possibilities, requires the application of geotechnics since it is necessary to know the physical conditions of the environment and the mechanical properties of the soil, among other issues.

An expert in geotechnical engineering, therefore, handles the essential concepts of the geology and of the geophysics and includes the pillars of hydraulics and mechanics. Their knowledge of rocks helps to minimize risks for both people and the environment, as they reduce the chances of subsidence of the rock. Earth, landslides and ground displacement.

The geotechnical specialist is in a position to devise and apply measures to avoid disruptions linked to the development of plays. The creation of containment structures and the control of water through walls, gutters, filters, anchors and other tools are part of his job.

Notably Karl von Terzaghi (1883-1963) is noted as the forerunner of geotechnical engineering. Throughout his entire professional career he devoted himself to analyzing problems related to foundations and soils, turning his work into texts that are considered as the foundations of geotechnics.

Terzaghi’s name stood out especially through the edition of his book called Erdbaumechanik , which can be translated as’ mechanics of construction on the floor”. Later he collaborated with Ralph B. Peck and Gholamreza Mesri in the publication of Soil mechanics in practical engineering, another book that served to lay the foundations of this science. 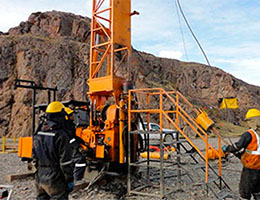 Many years ago, the first conception of geotechnics included only the sciences known as rock mechanics and soil mechanics. The first is the theoretical science that is applied to the behavior of rocks and massifs from a mechanical point of view. It is the part of the mechanics that concerns the response that the rocks manifest before the force fields of their physical environment.

In addition to being part of geotechnics, rock mechanics is part of geomechanics, a discipline that studies the mechanical response of rocks. materials geological, such as soils. Its fields of application include civil, petroleum and geological engineering.

On the other hand we have soil mechanics, which consists of applying the laws from the natural sciences and physics to the problems that revolve in throne to the loads that are imposed on the outer layer of the earth’s crust. It was Karl von Terzaghi who founded it in 1925. Let us not forget that most of the works belonging to civil engineering use the soil for their support, either directly or indirectly, and many take advantage of the earth as a construction material, so that this science is of vital importance in modern life.

Over time, geotechnics came to encompass more topics, including geotechnical materials development, seismic engineering, soil-structure interaction, and soil improvement. Despite this, it is necessary to point out that it is one of the most recent branches of civil and geological engineering, and that is why it is in full swing. evolution.