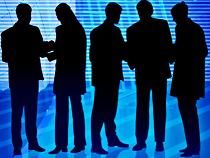 A society is, in the field of right, a group between two or more people who agree to make contributions to carry out a commercial activity. The profits generated by said activity must be distributed among the partners.

It is known as de facto society (SH) to that group that is not constituted under any particular type and that does not have an instrumentation. It is, therefore, a de facto union between two or more people to jointly exploit a commercial activity.

Societies in fact have limited capacity (they cannot register movable and immovable property in your name) and precarious existence (Any of the partners can request the dissolution at any time). It should be noted that the de facto society is usually specified by word of mouth since contracts are not an essential requirement for its formation.

A de facto society, on the other hand, it has no statute, which facilitates its creation. Another advantage is that, in general, they apply for a tax regime more economical compared to public limited companies or limited liability companies.

Although its institution is not irregular, it has a more informal structure than registered companies. So, access credit or other loans it is more complicated for them. And legal issues can also be more difficult to resolve, due to a lack of legal protection for them.

Example of a de facto partnership: two brothers decide to import computer supplies and market them in a certain city. For this, they establish a de facto society (“Tecnoinsumos SH by Juan and Martín Gómez”) where they agree to invest $ 5,000 each, work the same number of hours and share the earnings equally.

Relations with or without corporate interest

A de facto company differs from an LLC and an SA in that it does not respond to the forms provided for their formation. Yes OK has a social purpose, does not meet the conditions that are needed to be protected by the law in the same way that the others do. The The main objective of a de facto partnership is to achieve profits or profits that allow you to bear the losses; however, they do not have a registered social contract.

Among the conditions that are estimated before the formation of this type of company, it is established that none of the partners or members of the company may invoke rights that are framed in what the law establishes as a social contract. In addition, all those who are part of it must account for profits and losses and for each of the operations that they take place there.

The dissolution of the company it can be carried out if one of the partners so requires. Finally, in regards to third party judgments; These can act against the whole society or even against one or some of its members in a particular way.

It is important to note that the de facto relationship of two individuals who share the same home, in a context of marital life, does not constitute a de facto partnershipTherefore, there should not be a balanced distribution of capital if this relationship were to dissolve. In any case, in some lawsuits, this denomination is accepted so that both people receive a part and not benefit one of them. This inconvenience to relate a relationship with a partnership in fact has a clear explanation, affective unions are not in the interest of generating profit or carry out activities aimed at obtaining them, therefore they do not have a corporate objective.