The adjective atypical qualifies what, due to its properties or characteristics, is different to common types or models that represent the elements of their class. The concept of atypical can be linked to ideas such as strange, weird, irregular or extravagant.

For instance: “I do not understand why the dog reacted in that way: it is something unusual”, “It will be an atypical tournament since, for the first time in history, thirty teams will participate”, “It is an atypical summer, with temperatures that remain below 20º”.

The atypical, in short, is what escapes the common. Suppose a man, when leaving his place of work, he usually goes home without exception and usually arrives between 18 and 19 hours. If one day at 9:00 p.m. you still have not returned home, it is probably an atypical situation. So it would be understandable that if you haven’t talked about a change in plans before, your family starts to worry about the excessive delay.

The notion of atypical also appears in various Sciences and disciplines. In the field of statistics, there is talk of outlier with reference to an observation that, compared to the other data collected, is very distant numerically. If in a sample of 100 people, 99 individuals measure between 1.50 and 1.85 meters and a subject measures 2.20 meters, this last value can be marked as atypical.

For medicine, on the other hand, a atypical pneumonia is a type of pneumoniadisease affecting the respiratory system) that does not have its origin in the usual pathogens.

First of all, it is necessary to mention that typical pneumonia is the swelling or inflammation of the lung tissue that occurs when a germ causes an infection. In the case of the atypical, the infection is caused by another type of bacteria. Although it may seem otherwise at first glance, the symptoms of the latter are usually milder than those of the former.

Before detailing the symptoms, it is necessary to delve into the Causes, which in this case include the attack of three different types of bacteria:

* Mycoplasma: causes homonymous pneumonia, which usually affects individuals who have not yet reached 40 years of age; 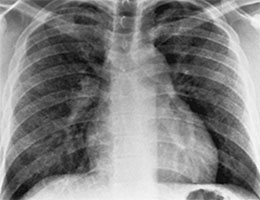 * Chlamydophila pneumoniae: this type of atypical pneumonia can appear at any time of the year;

* Legionella: It occurs very frequently in adults or the elderly, with immune problems, chronic diseases or with tobacco addiction. It is known as legionnaires’ disease.

Atypical pneumonia caused by the first two bacteria is usually mild, while the third presents a curve characterized by an increase in the gravity for the first six days, followed by improvement that may take up to five days. The most common symptoms include chills, cough (in the case of pneumonia due to Legionella, may include blood and mucus), fever of varying intensity, and trouble breathing normally (especially with exertion).

On the other hand we have a series of symptom that do not appear as often, including: chest pain (becomes more severe with coughing or deep breathing), confusion (especially in the elderly), headache, poor appetite, fatigue, stiffness in the joints, muscle aches and sweating. The less common are the following: diarrhea, pain in the eyes and ears, lump in the neck and rash.

Atypical pneumonia patients should undergo a complete evaluation by the doctor, followed by a chest X-ray to rule out other infections respiratory, such as bronchitis.

SOMEONE ASKED 👇 what is the symbol, upside down .Y.? HERE THE ANSWERS 👇 λ is the lowercase Greek letter Lambda. It that the symbol you mean? Upside Down Y For the best answers, search on this site shorturl.im/pKNL6 None of the other answers were completely correct. The, so called, “peace symbol” was not a… 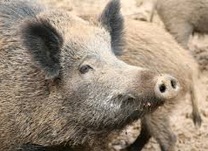 The first thing we are going to do is know the etymological origin of the term wild boar. In this case, we can state that it is a word that derives from Arabic, specifically from “gabali”, which can be translated as “mountain pig”. A wild pig it’s a animal which belongs to the class of…