The notion of antihero is used to define the character that, in a story, exhibits behaviors and characteristics that do not match those presented by conventional heroes. Thus, although their actions may be considered heroic, their procedures and purposes are not.

In the fiction, many times the antihero is selfish, hermit, surly and heartless until his heroic action works as redemption. With social recognition and a new conception of himself, the antihero becomes and ends the story in a position close to that of a traditional hero.

The idea of antihero is also used to name the character who does not have the qualities attributed to heroes, although his goals and achievements are the same. Heroes are generally brave, strong and beautiful: the antihero lacks these attributes. A cowardly and unattractive young man who, thanks to his efforts, manages to save his people by facing a villain can be considered an antihero.

One of the alternative names that this type of hero sometimes receives is protagonist antagonistic, and this reinforces the differences that can be appreciated between his characteristics and those of the conventional hero, especially the questionable nature of his methods and motivations.

Two prominent examples of novels in which the protagonist can be described as an antihero are The Ingenious Gentleman Don Quijote of La Mancha and The life of Lazarillo de Tormes and his fortunes and adversities. In the acclaimed crime novel saga titled Millennium, created by the Swedish writer Stieg Larsson, we can appreciate a modern version of antihero, in this case a young hacker named Lisbeth Salander with an antisociable personality and little related to the model traditional heroin. 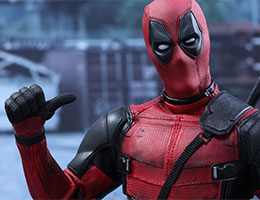 In the world of comics there are many characters that fit this description, such as Red Hood, The Darkness, John Constantine, Deadpool, Ghost Rider, The Punisher and Vegeta. Needless to say, many of them have made it to the movies, generally as protagonists, and this movement can be very positive for those who feel drowned in a world that pursues the perfection as the only form of success or recognition.

The antihero has gained special popularity in recent years, precisely as a result of that revitalizing effect it has on those who do not see Clark Kent when they look in the mirror. Perhaps the etymology of the word does not do its best to clearly express its meaning, since it makes us think of something negative: at first glance, antihero seems a synonym for villain or antagonistic character, and this interpretation is not necessarily correct.

In addition to the benefits that the staging of an antihero can bring so that certain people rejected by the society can be reflected in a main character, the flexibility it offers when defining their personality is greater, and this can open the doors to doses of humor and humanity much greater than those possible in characters as rigid and cold as Superman.

One of the aspects that is usually worked in greater depth when creating an antihero than a hero is his past, the events and experiences that led him to become a being alien to social impositions. They usually have very painful stories, have suffered a deep disappointment in a relationship or a loss due to the activity of a criminal gang; Starting from suffering, he decides to rebuild himself, paying no attention to anything other than his thirst for revenge or his particular way of understanding morality and morality. Justice. The antihero is said to be less extreme or defined than the hero and the villain.